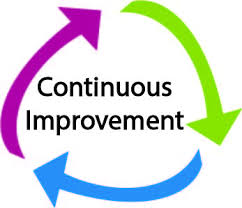 The relevance of 5-whys in achieving continuous improvement in the warehouse environment.

Sakichi Toyoda was born in Japan in 1865 and he is considered the founder of Japan’s industrial revolution. He invented the Toyoda loom, sold it to an English mill for 1 million Yen and used the money to start a new company named Toyota.

Toyoda once stated: “When you have a problem you should ask WHY 5 times to find the source of the problem and also prevent the problem from recurring”.

To try and solve a problem in the warehouse, sometimes by asking a simple “why” might not be enough, as it would not lead you to the bottom of the problem.

Most times one has to ask more than once “why”, in order to get a clearer understanding of the problem and move from the surface all the way down to the bottom of the problem.

Let me give you a simple but tangible example taken from day-to-day activities in any warehouse environment:

A fork lift driver reports to his warehouse manager that his fork lift cannot start despite all his efforts.

The 1 why application: Problem – Answer – Response.

What about if the problem was not the battery but something else. You missed it, didn’t you?

A poor job of trying to identify the root cause of a problem will waste time & resources.

You are dressing up a wound after a fall without treating the wound first.

Now, let’s look at the same problem from a different perspective.

Asking the question ‘Why’ 5 times, will lead you to the root cause of the problem.

Let’s analyse the situation by applying the 5 whys: 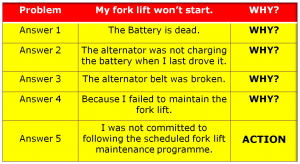 Do you see the different approach?

Do you see how this 5-whys application could help the warehouse operation in achieving continuous improvement?

Do you see how the above example can help or improve your own business activities by dissecting the problem to its core elements until you arrive to the bottom of it?

Most importantly, it would prevent the same problem from surfacing again… 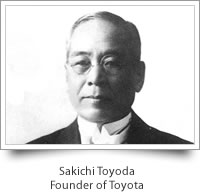 Petros Zenieris
Mr. Zenieris’s professional career covers a period of over 24 years accumulated management experience from Europe, (Greece & the U.K.), West Africa (Ghana & Nigeria) & S. E. Asia (China, Singapore & Malaysia) during which he served in various marketing & management capacities on a number of MNCs. Mr. Zenieris received his tertiary education in his native country Greece and in the U.K. He has also attended numerous related seminars & business courses conducted in Greece, in Nigeria (Lagos Business School) as well as in Singapore, which enabled him to advance his professional horizon. Upon his return and settlement in Singapore (along with his family) in December 2009, Mr. Zenieris became a member of the following institutions: a. Singapore Institute of Management (SIM). b. Africa Business Group (AfBG), which operates under the auspices of Singapore Business Federation (SBF) and provides services to its members for their business development in the Sub-Saharan African Region. c. Singapore Management University (SMU) – IIE Entrepreneurs’ Corner; monthly business meetings for assisting and mentoring young entrepreneurs in their endeavour of setting up their own business activities. d. Institute for Adult Learning (IAL).