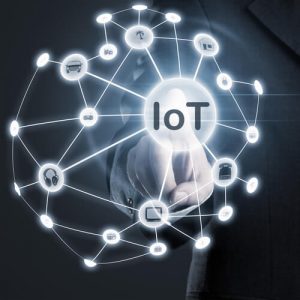 If you have been following the tech news even a little bit over the last few years, you’ve heard of the Internet of Things. The IoT, we’re told, is supposed to revolutionize the way we interact with technology and will fundamentally change the way we live our lives.As figures compiled by Statista show, the growth of the IoT has been growing for the last few years and is set to skyrocket within the next year or two, with both businesses and consumers adopting smart technology on a massive scale.
That sounds pretty cool, right? But all this does beg the question of what the Internet of Things actually is, beyond the marketing speak uttered by CEOs and the buzzword of the day on tech blogs.In this article, Cloudwards.net is going to take a look how the Internet of Things works and whether it’s really going to change our lives the way so many people tell us it is. We’ll do so by using language that goes light on the technobabble and we’ll include a picture here and there to help you along, as well. Just in case, we also made a video which goes through some of the most important issues associated with the Internet of Things.To get started properly, let’s first take a look at what is the Internet of Things.


What Is the Internet of Things?

In brief, the “things” in Internet of Things are the everyday objects in your house, only hooked up to the Internet. It’s really that simple. So think a thermostat that can be controlled from an app on your smartphone (handy on those cold winter mornings) or a coffee maker that switches itself on when it can tell you’ve gotten out of bed.

Those two are pretty prosaic examples, but we’re using them because these already exist for people that can afford them: a Dutch energy supplier has launched an app that lets you control the heating in your home from your phone, while there is also a coffee maker that knows when you’re up thanks to its ability to gauge and remember your behavior.

More advanced examples that you may end up seeing in your home within the next few years are a fridge that reminds you to get milk when you’re out (or, knowing our audience, when it has expired) by scanning the RFID chips in products or a garage door that opens when it detects you have driven onto your street.

There are almost endless examples to pick from when you start looking at IoT projects under development now and all of them have one thing in common: in all cases the devices in your home, at your office and in your pocket are able to “talk” to each other and make limited decisions based off that information.

We say “limited” because they are still just machines, after all. Though we have come a long way since the purely binary decision-making of yesteryear, computers are still, essentially, quite stupid and can only work their way sequentially through a set of problems; we’ll talk about this in depth later on.

With that said, you should have a reasonable idea of what is the Internet of Things. Let’s take a look at what it can do.

Applications of the Internet of Things

The benefits of the IoT are first and foremost found in industry. In a way, its manufacturing that has led the charge here, as letting machines talk to each other directly rather than through humans has brought about a serious uptick in production across the board. So now some factories basically run themselves, with machines telling each other what they need and when.

Though that specter may make chills run down the spine of union organizers, it’s been positively great for the people that run those businesses, allowing them to turn out more products for a lower cost. The rise of the robots that is going to influence the labor market quite strongly over the next few decades is in large part due to IoT technology.

For regular people, the changes are slightly less obvious — except for the resulting unemployment, of course — but we can expect more and more everyday things to be controllable remotely, usually through your phone. After all, why bother with a TV remote when you have a digital device capable of broadcasting over WiFi in your pocket (and hands) all the time?

Since control chips are the size of pinheads these days, almost every imaginable object could become part of the Internet of Things, all you need is to think up a reason why a table or chair should have a chip and all you need to do is build it. The chips are also getting smaller, too, as the machines take over in the factories: right now a form factor (think of it as size) of 10 nanometers is the cutting edge, but Samsung is working on 8nm processes as you read this (note: that’s really frickin’ small).

So, if you think the phone-controlled thermostat and the fridge with a memory are cool, wait till you see self-controlling diabetes pumps that feed you extra insulin when the pantry tells it that you just unwrapped a chocolate bar. How about a store that has no human personnel, yet does all its stock taking perfectly? The possibilities are, to coin a phrase, endless.

Since the elements necessary are so small — and thanks to the revolution in chip manufacturing, not to mention DIY circuit boards like Raspberry Pi so very, very cheap — pretty much anyone can get some parts together and put an IoT device together in their basement. It’s a real sea change in computing and the way we interact with the digital world.

How Does the Internet of Things Work?

Now that we’ve established what is the Internet of Things and the kind of cool stuff you can do with it, let’s take a look at how it works. In essence, the Internet of Things is one huge cloud. Though the tiny chip in that coffee maker is dumb as a rock, thanks to its WiFi connection with a proper computer — or a linked-up system of them — it’s as smart as any supercomputer, allowing it to do its thinking other than in its own brain.

So, imagine you just being you, but next time that you’re faced with a large equation — you never know — you can borrow Stephen Hawking’s brain for a few seconds. Imagine all the things you could do if you had that ability. Be envious of digital devices, because they can do exactly that.

If we stick to the smart coffeemaker in this scenario, that machine has everything you’d expect from one — a glass jug, a filter holder, all that — but also is outfitted with some computer hardware, most likely a small circuit board with a weak processor (technically it’s not a processor, but a SoC), a network card of some kind and, most likely, some kind of sensor that helps it tell if there is already coffee in the pot.

The coffee pot in this scenario is the physical part of the IoT, the one you physically have in your house. On top of comes the cloud, in which all these machines interact with each other. There are also communication protocols in place so your car can’t send messages to your coffee machine and vice versa.

All this is controlled through some kind of control device, most likely an app on your phone or tablet. Ideally, this would be one program that gives you an overview of every IoT device you have, but in practice, you’ll probably have an app running for each device you own, at least until some whizkid figures out a way to combine them all.

These concepts behind the Internet of Things aren’t too difficult to grasp, but they aren’t what makes the IoT as powerful and impressive as it is. For that, we have to look at what these devices do with the information they collect.